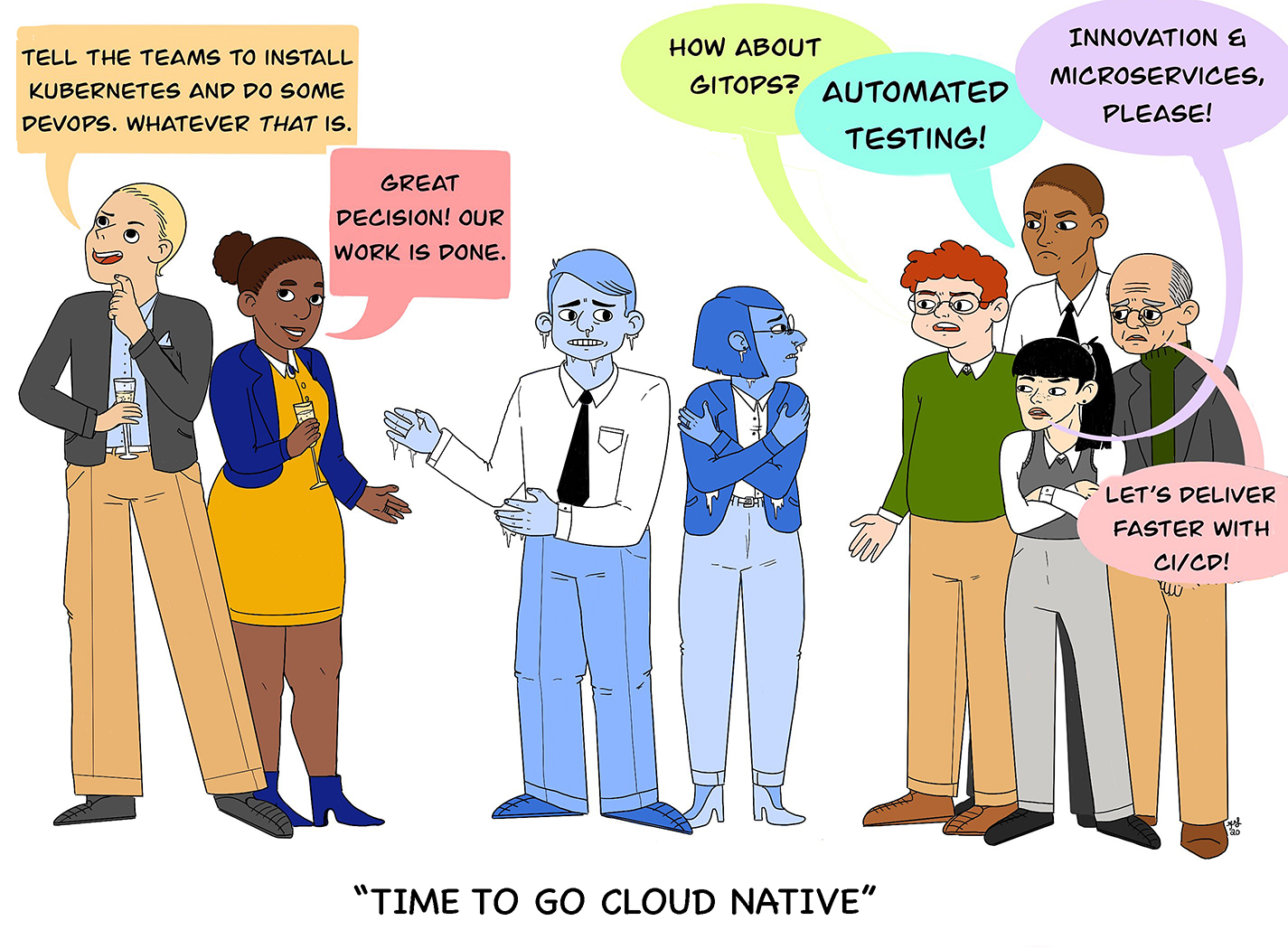 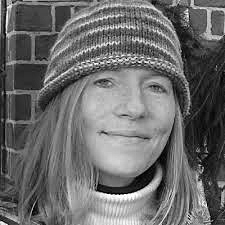 This post is part of a three-part series on middle managers and Cloud Native transformation. Here are parts two and three.

Being a middle manager is a tough gig.

The job is, basically, constant vertical code-switching: receiving strategy prescriptions from the bosses above and then translating them into action for the teams below. Meaning that middle managers need to be fluent in both strategy and execution—in addition to all the other responsibilities that come with their position.

The Demand for Cloud Native Now

How does this play out in the tech world? Executives at the top of the company want Cloud Native and DevOps and microservices, oh my, and they want them now. They likely have no idea what all that means, but their peers and competitors are doing it, and they fear being left behind.

Meanwhile, engineers and developers are coming back from tech conferences excited about GitOps and other cutting-edge methods, pushing to play with all the tasty new tools and toys.

And of course, right there in the middle, managers are responsible for actually making it all happen—on time and on budget—while keeping both sides satisfied.

Oh, and by the way? The C suite says the company needs all this done yesterday.

We value the strategy coming from executives. They bring experience in risk management, evaluating competition, recognising and understanding market trends. All of this perspective guides the company’s direction, and executive commitment is particularly essential in a Cloud Native transformation.

The problem, though, is that leaders in traditional organisations are used to saying, ‘Here’s our strategy, and we are going to tell you what will happen in the next year and over the five years after that. Here is what it will cost, and how long it will take.’

And then, they expect to see this carried out exactly as described.

So, first, let us applaud the executives for realising that Cloud Native is strategically important to their enterprise’s long-term survival. However, Cloud Native doesn’t work the way they’re used to working.

In the old days, the next step would be fact finding, many meetings with experts, and reams of documentation. The execs would be heavily involved in execution details, creating a long-term plan to dictate long-term, fixed strategy. But that is not the world we live in now.

Today's rapidly changing markets and disruptive new competitors demand emergent strategy: being able to respond to threats by changing quickly—and as an everyday part of doing business. Strategy now needs to be dynamic, changing along with the business environment, and Cloud Native is the way to deliver this. It brings  cutting-edge tech paired with a fast, flexible new way of delivering features and services to customers. The path to Cloud Native is different for each organisation, though, and the right answers can only be found through experimentation and iteration. There is no ‘big bang’, one-size-solves-everything solution (no matter what some vendors may claim).

In a transformation, then, we need the leaders to do what they do best: provide high-level vision. We don’t need them to understand distributed systems architecture and the best platform for delivering containerised microservices. In a Cloud Native company, the job of the executive is to set strategy and direction, and then step back from execution to stay focused on the ever-changing business environment.

Now the middle managers step up to take this strategy and convert it to deliverable objectives. Their task, however, is still setting only high-level objectives for execution: In Cloud Native, middle managers don’t dictate the details, either.

The nitty-gritty execution details ultimately belong to the developers and engineers, the ones who best understand the tech—which itself is continually evolving—along with the complex relationships between the elements of Cloud Native distributed architecture. Each application development team is responsible for delivering its own microservice, and there is also a team in charge of running the Cloud Native platform itself. Naturally there are many moving pieces, which is why the tech teams get to decide closest to the action.

These roles are simple, but that doesn’t mean stepping into them is easy.

Staying in Your Lane

Going Cloud Native requires a fundamental shift not only in your organisation’s tech, but in the very way you work with it—and the old ways of working die hard. It’s difficult for many managers and executives to relinquish control, to feel like they’re losing power or position inherent in the traditional hierarchy.

But if any one of these roles is missing in action—or, perhaps more likely, not staying in their lane and trying to direct the action in one of the others—then the entire chain doesn’t work. You’re fighting the waterfall.

The hardest job here, again, belongs to middle managers. They need to understand how this very new and emergent paradigm works . . . At least well enough to translate transformation strategy into high-level, yet concrete and deliverable, objectives. They need to push back against executives trying to dictate tactics and execution, while simultaneously making sure the developer and platform operations teams deliver.

But some middle managers might struggle with these conflicting demands. They may even freeze up.

Next up: the ‘frozen middle’, why it happens, and what to do about it.