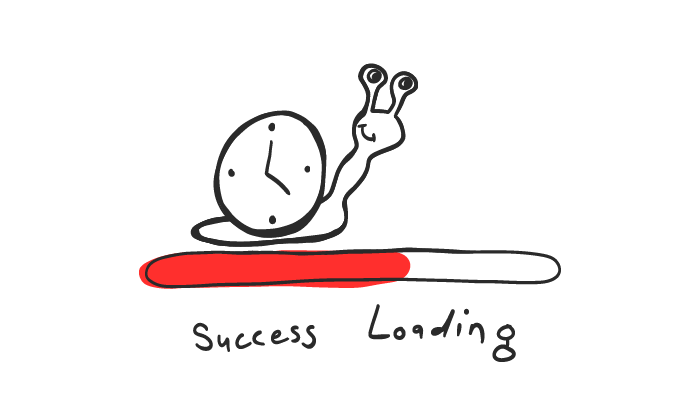 We’ve got a respect problem in the Cloud Native world. We talk a lot about fast-growing startups, led by people who want to break the rules, to do something revolutionary. We love to tell ourselves stories about disrupting the established order, about insurgent teams using cutting-edge technology to displace slow-moving dinosaurs who should have given up years ago.

But would you talk about people in the same way? Would you suggest that an 80, 60, even 40 year old should just get out of your way, because you know exactly how things should be done, and they’ve got nothing to teach you?

Actually, all too often we do exactly that, and it’s not good for us. We might have a nagging feeling that it’s disrespectful to dismiss our seniors out of hand: but it’s more than being just rude. It’s also ignoring the fact that they have accumulated knowledge and experience that we could benefit from, if only we stopped to think, and to learn from them.

And we make the same mistake all the time when thinking about mature and young companies.

If we’re steeped in startup culture, we tend to link established organisations with phrases like “technical debt”, “legacy”, and “slow”. In our presentations and RFPs we say they’re not innovative, that they’re over-cautious and held up by process. It’s a given that they can’t move as quickly or grasp opportunity like their younger, faster innovating rivals.

Yet… these same companies have been around for decades, weathering one crisis after another, whilst continuing to reliably print money year after year—at least, most of the time.

How do they pull this off? Could it be because of, rather than in spite of, all that process, and deliberation, and cautious decision making? Could being disciplined and consistent and focused, maybe even boring, mean that you can continually improve your core product or service over years, meaning you continue to reap value?

And when you think about it, these companies must have been revolutionary and innovative and unorthodox at some point, whether that was by developing a groundbreaking product or technology, a new way of running operations or services, or looking at financing in a different way. Otherwise, how could they have got to where they are?

But even mature organisations need to be careful. Every product or service or organisation has a lifecycle, which encompasses research, development, scale-up, maturity, and, eventually retirement. The best organisations, even while continuously improving their core products, continue to invest in research and development, creating a pipeline that stretches out into the future—ditching played-out products and ideas along the way.

That doesn’t mean that in some, otherwise successful, organisations people can afford to become locked into that “mature” way of thinking. They might just forget how to innovate. And if these companies get a little complacent, or the outside world changes, they can be panicked into action.

That can mean hurling themselves into a “digital transformation” by adopting Cloud Native technologies. And this can be fatal, because moving to a new technology is not a transformation in itself. It’s just one element alongside a broader cultural, strategic, and organisational transformation. And with an existing company—particularly an otherwise successful one—this has to be done gradually, starting small and then ramping up. It’s a rebalancing that allows the organisation to reinvigorate innovation, whilst continuing to incrementally improve its existing products or services and generate revenue.

What about startups then? What have they got in their favour?

They definitely tend to be focused on innovation. But what else can you be, when you don’t have established products or services that continue to pay out money year after year? They’re nimble and hierarchy free, able to make quick decisions about new features, products or services, then rush these on to the market. For many engineers, what could be more fun than learning lots of technology and tooling and moving fast and breaking things?

But there’s a flip side. Over time, that lack of process and hierarchy can start to look like a lack of process and discipline. Whilst the enterprise accumulates technical debt because of its legacy systems, the startup’s ability to push out new features and implement new ideas can lead to conflicting requirements, and ultimately generate its own technical debt. Those same engineers who are experts in many domains, become simultaneously irreplaceable and impossible to scale. The focus on velocity gives way to concerns over quality.

So the startups and innovators face the challenge of not just scaling up, but getting to a steady mature state where improvements become continual, and incremental, and being able to generate revenue. Lots of revenue. And even turn a profit! Because do you really think any founder doesn’t secretly want to reach that stage of money-printing maturity sooner rather than later?

Look to the horizons

The fact is, a lot of startups fail because they continue being innovative but never start thinking about how to be a “mature” business. In short, they don’t learn to slow down.

It’s a challenge we at Container Solutions increasingly see with Cloud Native companies that have grown rapidly and are suddenly hitting problems. It becomes clear that when you hit certain thresholds, you have to be more mature and stable. You need to start introducing some level of enterprise architecture and control. You might do this in different ways to more traditional organisations…but you definitely need to slow down your rate of change, pay down some of your accumulated tech debt, and begin to focus on quality and stability and predictability.

That doesn’t mean you stop innovating. But it does mean you have to take a more nuanced view, thinking about three different “horizons” and allocating your resources accordingly.

Horizon one is maturity, which is ultimately where the majority of your budget and money and resources go.

Horizon two is innovation, which is about testing those new ideas and scaling them up.

The third horizon is research. You need to run it in a way that continues to produce new ideas, whatever it is you're exploring. But you really need to limit it to maybe 3 to 5 percent of your budget.

Notice I said “the third horizon” not the “final” horizon, or the “ultimate” horizon. Because the key point is, it’s not about focusing on or reaching one horizon then pushing onwards to the next. It's about keeping all three of them in view at the same time.

Enterprises are really good with the maturity part. And the startups are really good with research and innovation. But if you want to be really great, you need to do a bit of everything. It’s a question of balance. And it’s just as hard for a younger Cloud Native organisation to achieve this balance as it is for a company that’s been around for decades, even centuries.

You need to intentionally allocate your resources in the right way in the right amounts throughout the lifetime of the company. And you always need to ask yourself, “Do I need to invest more in innovation? Do I need to put effort into, and scale out, a specific product? Or do I just need to run my existing things, and I’m good?”

These are the questions we help people resolve, before getting into things like microservices or observability or continuous delivery which will help them deliver transformation in practice.

When you bring the best of both together, you get something amazing. That could be something like Google, which is 24 years old and has eight core services with over a billion users each, yet continues to both invest in innovation whilst ruthlessly shedding businesses it knows it can’t scale.

Or it could be something like Rolls-Royce, which is almost one hundred years older than Google, and operates across aeronautics, marine propulsion, and power generation, and is moving into mega battery storage and plans to build mini nuclear reactors.

A centenarian that has the ability to power fighter jets and cruise ships, and is also looking years ahead when it comes to achieving net zero? That really is quite a balancing act. Respect.

How to Build a Full-stack Team of T-shaped Developers