Well, It Worked On My Machine Yesterday!

Grace Hopper worked on the Mark I with Richard Bloch. He would take care of the machine and Hopper would program it. Late at night Bloch would tinker with the machine, which would cause problems for Hopper the next morning. Hopper said, 'Everytime I got a program running, he'd get in there at night and change the circuits in the computer and the next morning the program would not run'. And thus began the eight decade long schism between Dev and Ops.

Punch cards became obsolete because of the improvements to magnetic disk storage. It's my hope that programmable infra will make the schism between Dev and Ops obsolete. 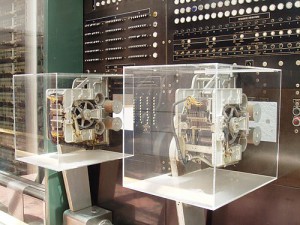 Note
I read about Hopper and Bloch in Isaacson's The Innovators, page 92.

Creativity and the Business