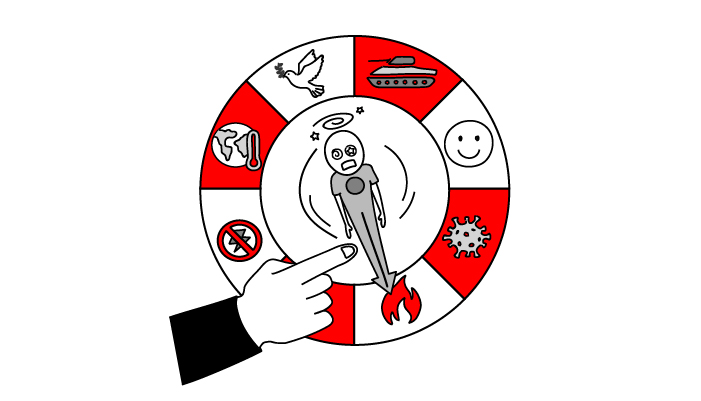 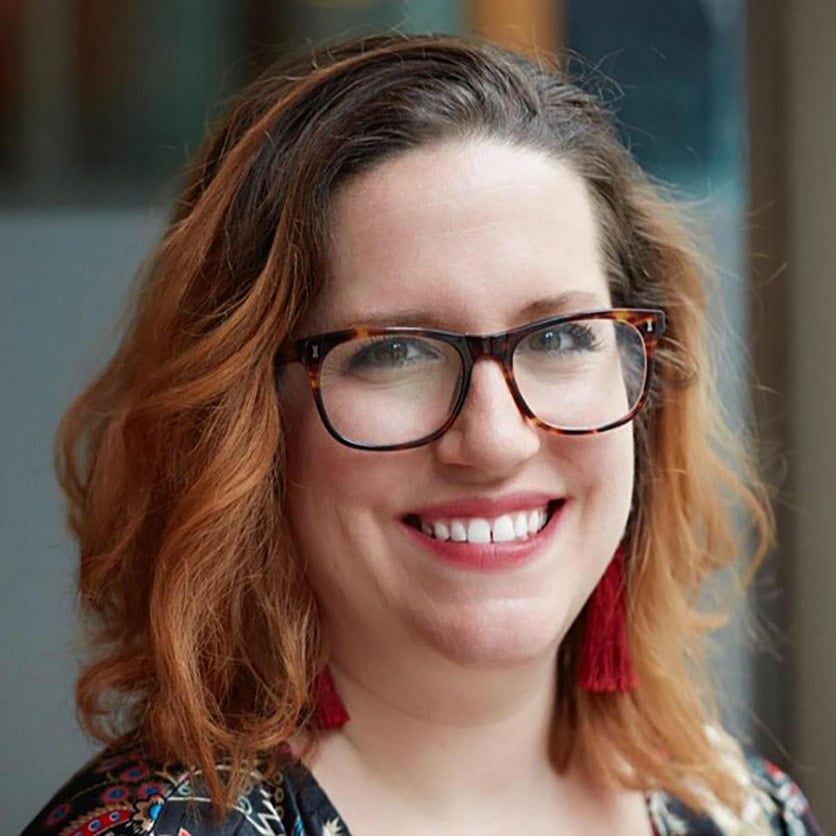 We think and write a lot about systems reliability at Container Solutions. We even hosted a free, live, virtual event on it on April 28th called WTF is SRE?, for the second year running. Like all things in our industry, that reliability comes down not only to technology, but also to people and processes. Technical reliability involves highly quantifiable percentage points of uptime, and you can measure process reliability pretty well via throughput and productivity. But, we are still missing the third pillar—we don’t often quantify team and organisational reliability. Especially in response to crisis.

Just because it’s harder to measure, doesn’t mean we shouldn’t aim to improve it. Especially because, over the last two years, our human reliability has been tested at least as much as our systems or our processes—more in some cases.

So, WTF is radical uncertainty and how can organisational resilience set you up to better respond to it?

What is organisational radical uncertainty?

At this point in our human existence, a reasonable level of uncertainty is something we should be used to. It’s the radical aspect that we’re dealing with right now.

Their research role, in part, is to adapt this definition to organisations.

“We as humans want that certainty because, whilst we're in this age of technology and innovation and things changing constantly—we've gone through the Industrial Revolution and we've moved from a production economy to a service economy to now a knowledge economy—our brains are still kind of stuck in the Stone Age a bit. Physiologically, the way that our brains function, we are still hardwired to think about patterns, certainty, safety, wanting the status quo, and we like to do things as humans that make us certain about what the future is going to be.”—Kara Langford, University of East Anglia

We humans are innately geared to recognise danger and to avoid it whenever possible. However, Langford said during a podcast interview, “the advancements of technology, of society, of our economies have outpaced our ability to comprehend existence in that way”.

So does this mean the robots are winning already? Not yet. It’s just that if we want to focus on organisational resilience, we need to examine the not-always-quantifiable team or company tolerance levels in the face of radical uncertainty—for example that we are more than two years into a global pandemic and have a war in Europe for the first time in three generations.

“With this radical uncertainty, if you still had to make decisions as to what you were going to do, whilst globally in this environment of not knowing whether people are going to have jobs in a few months [and] what things are going to be available,” Langford asked, could you?

So, which sectors showed they were quite resilient in 2020? Not to be biased, but the majority of the tech industry did smashingly well. A human sense of purpose and commitment to keep the backbone of our remote lives running, mixed with the stability and scalability of modern, Cloud Native systems enabled us to mostly keep things going and growing. As Anne Currie explored elsewhere on WTF, thanks partly to the magic of content-delivery networks, the internet itself also scaled remarkably well to the sudden huge spike in demand.

With doors shut to most foot traffic the retail industry also had to adapt or die. Very quickly, after we had stripped their shelves of all the bleach and toilet roll we could carry, retail looked to offer new shopping experiences that brought cashiers into the stores to pick orders, bag up, and reply to either curb-side or at-home delivery. But, even brick-and-mortars that survived the pandemic, like TopShop and Gap in Europe and Kmart in the U.S., later faced closure after an inability to adapt to changing customer buying habits and rising costs.

So, as Agile Lead Erin Davies for media company WONGDOODY asked in her interview with Langford, in light of rampant uncertainty, could it be a myth that you can make an organisation more resilient? Or will the changes just keep coming until you fail to keep up?

Of course, she said, you can help employees to keep a routine and help maintain work-life balance and boundaries around the two spheres. But this is a lot easier said than done, and is often at odds with the agile principles of being able to move quickly in response to change. It certainly pushes against the “bring your whole self to work” movement.

So what can you do to keep your team resilient?

It is fine if you missed in person things, if you missed applause, audiences, hugs and sitting laughing or sharing ideas, food, in groups

But as you get that back, please make sure you leave space for those who can’t be as safe as you. Make sure they are still included

The knee-jerk response to the radical uncertainty we faced in the first half of 2020 was excessive requirements to over-communicate. Across industries globally, work-from-home mandates met with job uncertainty and a lack of experience in remote working to spark an inefficient, raging case of presenteeism. Yes, asynchronous communication is essential, especially if you are going to at least offer some semblance of flexible work, but it should be focused on amplifying knowledge, not spending time writing everything down, everywhere. And more meetings could still have been emails.

“It feels like a second job trying to keep track of who's put what where,” Davies said of the information overload she’s experienced while working at two different consultancies since the pandemic began.

We still haven’t fully worked out how to make hybrid meetings not suck, but it’s important we do. One option is to turn them remote-first with everyone on individual cameras. Another is to assign an in-person buddy who can help bring the people at greatest distance closer. Oh, and definitely burn your spider phones. It’s not fair that some people get to see facial reactions or raise their hands while others don’t.

Remember that, for some, the Zoom fatigue from the start of the pandemic has turned into the reverse. Now that our brains have finally adjusted to asynchronous online communication, we’re exhausted by in-person communication. “Having to rewire my rewiring,” as Davies put it.

It’s important to frequently revisit how teammates best like to communicate. This isn’t just a useful tip for inclusive onboarding that software engineer Rin Oliver gave us—comms preferences may have changed for your current teammates as well. One of the biggest mistakes companies are making is pushing folks back to the office without considering what they want.

“If employees feel they have a choice in how to optimise how they work, they feel trusted. And they are more likely to trust their employer,” wrote Mark Kilby, distributed agile team expert, on hybrid remote work.

The emphasis should be on enabling flexible work: communication preferences need to go beyond tools and physical location. Make it an open discussion. Then, agree what works best for your team and write it down in a team agreement—a living document you revisit in quarterly retros or whenever someone joins your team.

It’s also time to acknowledge that employee mental health is not totally out of your control, because work is a common cause of burnout. Communication either helps or hinders that. Consistent one-to-one check-ins are the best way to understand whether teammates are in the midst of burnout.

Still unsure if your team is burnt out? They probably are. A recent study by mental wellbeing platform Yerbo found that two out of five workers are on the verge of quitting “due to excessive stress, exhaustion and a broken work-life balance”. The same study uncovered that 62% of IT professionals report being "physically and emotionally drained”.

Work to foster a safe and open culture of communication, and consider offering benefits that can support wellbeing.

One of the few measurements of organisational resilience is retention. We are a year into the “Great Resignation.” In many sectors, at least in the U.S. and U.K., there are more job openings than workers and, according to VentureBeat, 72% of tech workers are open to changing their jobs. In the tech industry, salaries are rarely the deciding factor for a move—though they keep going up and up.

For some, their exit motivation was the org’s inability to quickly pivot to an online-only environment. For others, it’s being forced back into the office. And then for another group, it’s not that they’ve had a bad professional life the last couple of years, but they simply don’t feel the same loyalty for their current company when recruiters come a-calling—and they always call.

During that first quarter of lockdowns there were huge efforts to check in on colleagues, with scheduled fun like virtual pub quizzes and Friday demos and drinks. What has your org done in the last year to foster culture and bonding beyond the work?

Of course this change-up and candidate-driven market can be a good thing. As business transformation expert Rita Trehan wrote, it works both ways. Staff turnover can be a positive push to help re-establish a team that is better fit for post-COVID times.

Just be slow to heed some more of Trehan’s advice: “Staff turnover provides recruiters with an opportunity to solidify a strong sense of corporate identity and hire like-minded individuals who slot neatly into a workplace experience”.

You can’t have resiliency without diversity

As the tech industry is tasked with building our future, it is not just an ethical and moral imperative to have diversity, equity, and inclusion on our teams. It’s a business necessity. It’s proven time and again that diversity positively impacts innovation and the bottom line.

Microsoft’s director of accessibility, David Dame, says he became a change agent well before that was even a job title. His cerebral palsy and half a century spent in a wheelchair has him sitting outside those ‘like-minded slots’. This has allowed him to always bring a different perspective.

“Because I’ve always helped my teams see things differently, now as a leader, I’ve learned that when I’m building teams, I want cognitive diversity from different backgrounds, different cultures, different genders, different sexualities. Because if we’re going to make products that are globally available to all, we should represent that by everybody building that, so we see different things that a singular vision would prevent us from having.” —David Dame, Microsoft

Of course, Dame told me, you can’t just hire for diversity and allow them to adapt to your company mould. And that mould is real, as seen by typically very-discriminating job descriptions. An inclusive environment is essential to maintain that diverse perspective. That pushes everyone to speak up and speak out.

It’s important to celebrate the differences, not the mould. As someone who was born outside that mould, Dame would waste so much time trying to fit in—so much that he didn’t go to the toilet for the first two years at a job to not have to ask for an accessible restroom. “The good organisations appreciate people that are different from the mould, and create that culture where that uniqueness is power,” he said.

And don’t forget, as Dame argues, any team’s diversity has about a 24- to 30-month expiry date. “They have so much shared experience, they’re no longer diverse. Because they have that groupthink.”

It’s part of leadership’s responsibility, he argues, to focus on employee growth so your teammates can move up and around your organisation—or outside of it—to make space for new voices and ideas. “You keep creating that diverse awkwardness that’s needed for complexity,” he continued.

Being able to handle internal and external movement is an essential part of organisational resilience. Teammates flourishing and growing is a measurable sign that you’re well on your way to achieving it.

For more on moving people around teams see Heidi Helfand’s article for WTF on “Evolving Your Tech Org with Dynamic Reteaming”.

Podcast: Susanne Kaiser on Joining the Dots Between Wardley ...