The module that this blog refers to is here: https://github.com/ContainerSolutions/terraform-mesos

The slides are here: http://www.slideshare.net/ThijsSchnitger/terraform-mesos-47422831

On Friday night my colleagues Thijs and Jaroslav gave a talk and demonstration about how to set up a Mesos cluster using Terraform. It was an eye-opening moment for me - instead of seeing the output from the executed scripts passing by, I saw manna from heaven dropping down like those green characters from The Matrix. 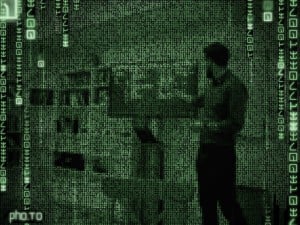 The Terraform module that was shown on Friday is the “CD” for Mesos. And importantly, it does its thing in less then three minutes, where its thing is setting up one Mesos Master, three slaves, Zookeeper, Docker executors, Marathon and HAProxy.

Just stop and think about that for moment. A brand, spanking new, ‘ready to go’, Mesos cluster in less than three minutes. This really matters because not many people out there have the time or the inclination to figure out the constituent parts of the set up. And even for those who do, it’s much better to work backwards from a working system pulling it apart along the way.

Mesos is an important tool, a game changer in my opinion, but there are only so many expert tinkerers out there who can set up these clusters from scratch (some of them work at CS). For the rest of us, there has to be a lowering of the barriers to experimentation with Mesos. This module is a step in that direction, as are the training materials Thijs and Pini are working on. We do, however, need to do more, which is why I look forward to Terraform evolving and more Terraform modules being written, which is something Container Solutions will continue to do.