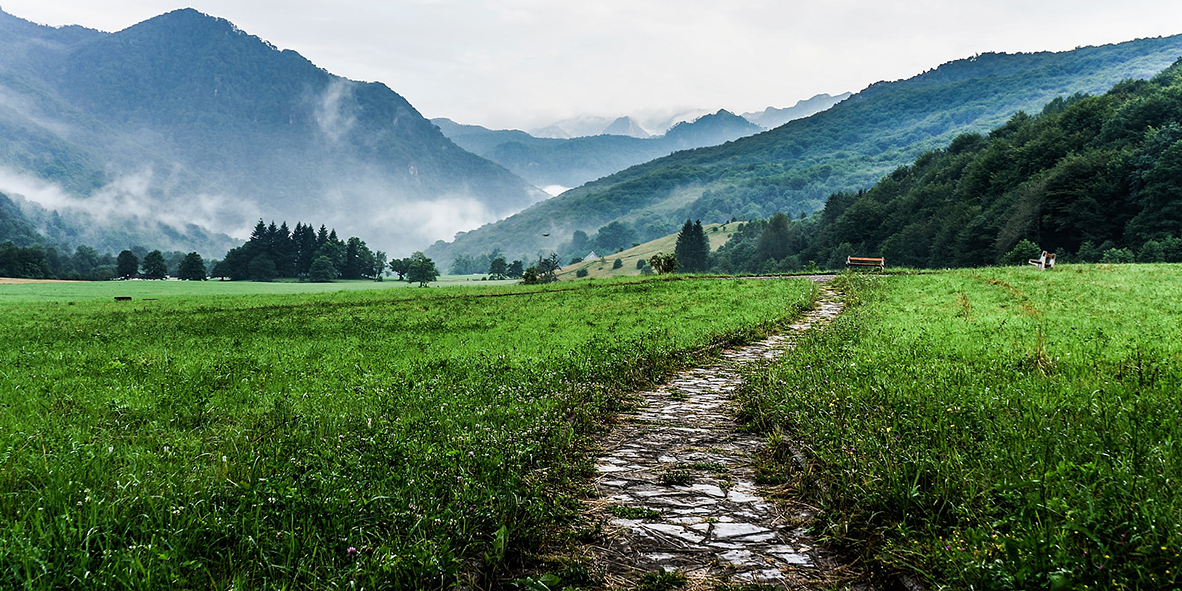 Last summer, in the midst of a global pandemic, we decided to build career paths and ladders into our Engineering department. Career ladders provide a path for career progressions, addressing the need for growth in skills, responsibility, and pay equality.

Up to then, we considered ourselves a “flat organization”; we had no real hierarchy and few job titles. We took some pride in the fact we had very few managers and everyone had direct access to the founders and executives. Our only job title was Cloud Native Engineer, a nonexistent title until we came up with it. (“Cloud Engineer” was the common job title back then, and still is.) When Container Solutions was founded back in 2014, cloud was just about to become a thing, and the title was novel enough to attract people's attention.

When we started sketching out our plans to provide career ladders for our engineers, the world around us was in turmoil. Though we got through the summer—and the year—without eliminating anyone’s job, many other organisations shed workers.

We conduct our employee-selection process with care, and we pride ourselves on having a lower-than-industry-average turnover rate. We are a group of people who care very much about the goal of nurturing the next generation of technology leaders—and doing so in a way that is inclusive.

We also know that, like other companies around the world, we’re competing for scarce engineering talent. And we very much want to stay in the race.

Preparing for a 'talent crunch'

The battle for talent has started, according to the global organisation consultancy Korn Ferry. The so-called talent crunch refers to the gap between the supply and demand of skilled labor in 20 developed and developing economies. In 2030, Korn Ferry projects, there will be 4.3 million fewer workers than jobs in technology and related fields.

Proactively creating career paths and ladders to retain and develop talent can help confront this challenge—and help to find, recruit, and place the right people in the right jobs.

Other arguments that supported our decision to build career leaders for our engineers include:

Furthermore, the people we want to come work with us are very interested in professional development and advancement, and the environment they will be joining. In last year’s Stack Overflow Developer Survey, 41 percent of participants said professional development was a top consideration when seeking a new job, a figure consistent among both men and women who responded.

Furthermore, 45% of participants overall said a company’s culture is a top priority for them—just a bit behind the 51% who said the technologies and languages they would be working with were top priority.

Among women who responded, organisational culture was the most important factor: 48% chose it as the top priority, with 41% giving the nod to technologies and languages. (Nearly 52 percent of non-binary survey participants also said culture was most decisive for them.)

We recruiters have seen this focus reflected in what engineers ask about when they apply for a new job. A shift is underway. Conversations around technology have moved to conversation about culture, career paths, and opportunities for growth. These things have never been more on everybody's mind—and, on top of that, new employees are asking, How did your business treat their employees during the pandemic?

We wanted to have an impact on equality in our workplace, and to create a transparent and fair way of assessing performance and how we pay. So we started with a career ladder. A career ladder marks a growth path to take an individual to a higher position in the organisation's hierarchy over a certain period of time, through development and promotions.

Our career ladder for engineers

At Container Solutions we deliver value to our customers through our experience and knowledge. Consultancy is our bread and butter. Our career ladder is based on key skills that both focus on technical capabilities and to bring value to our clients.

Most applicants start their journey as a Cloud Native Engineer, a level that requires little to no experience in consultancy but does expect experience with the technologies we use with our customers, such as Kubernetes.

Our career ladder offers the full journey— from the Cloud Native Engineer, who focuses mainly on delivering technical solutions in collaboration with clients, all the way to the highly skilled Senior Cloud Native Consultant role. At the top rung of this particular career ladder at our company, you are not only an expert in leading Cloud Native transformations, having done so across different organisations and industries, but you are also an expert in building relationships with customers. You will also by this point  have played a key role in lifting others up to your level of expertise as a mentor to Cloud Native Engineers.

In addition to our more client-facing technical roles, we have also started defining our engineering management career path: a career that sees a focus on both technical skills and management responsibilities.

Blast from the past

In creating our career ladders, we also wanted to break away from the traditional career ladder, one that is planted in centuries of gender stereotyping.

Career paths and ladders as we know them now, where the individual takes charge of their own path, are fairly new, late 20th century. In the early 19th century, there was no such thing as a career ladder or path. For most men, their career choice was driven by family tradition. If your father was a carpenter, you would be one too.

As the Agricultural Revolution arrived, and then the Industrial Revolution, women’s career choices were almost nonexistent. The patriarchy took hold in most societies: the belief that men and masculinity are more valuable and important than women and femininity, because men’s work was monetised, and women’s was not. The impact this has had on women’s careers is something we still see today.

In the immediate post-World War II world, corporate organisations replaced family businesses and they became the driving force of career paths. Both employers and employees operated under an implied contract: Employees would be loyal, and in turn, employers would provide employment until retirement.

In the latter part of the 20th century, however, this traditional trajectory of a person's career at one employer became a thing of the past. In the 1970s, the Western economies stagnated, pushing countries like the United States into recession and causing many companies to undergo massive layoffs and restructuring.

In the same period, a major shift from manufacturing to a knowledge economy took place. With a key focus on intellectual capital, this economy has had a massive impact on people's choices;  the once-implied “a job for life” agreement became something of the past. At the same time, most organisations became much flatter, reducing or eliminating some of those middle management layers. To get ahead or to make more money, employees often had to look elsewhere.

Fast forward to the summer of 2020. At Container Solutions, we were in the fight for our existence. A global pandemic had caused a big drop in revenue; we instituted a hiring freeze and challenged ourselves to our limits. But we wanted, needed, to introduce a fair and equitable pay structure as part of a wider company strategy. Why?

Our long-term strategy is to build a remote, equitable, and diverse workforce across the globe. With this in mind, we wanted to implement a career ladder and compensation structure that will deliver exactly that. Career ladders can be used as nothing more than just a sequence of promotions. We wanted to go a step further; our career ladder should be about developing as a person, not just as a collection of skills. We need people who can work with cutting-edge technology, but we also nurture and prize skills like emotional management, communication, and driving for results.

With career ladders come promotion policies, and with promotions we run risks of biases slipping in. Some studies that found companies tended to use harsher language and more criticism for women’s performance reviews across the board than they did men’s.

For example, if women take on behaviours that are more perceived masculine, when engaging in self promotion or even highlighting achievements, they tend to be viewed as less likeable and even less hireable or promotable to men who may themselves behave in this manner.

But men are also penalised for acting counter to stereotype: if they behave in a way that is seen feminine  (showing emotions, demonstrating compassion), they will also be seen as less “leader-like”.

In her book The Fix, Michelle King calls these gender biases more than just biases. King says they are handcuffs: fit in, or forget it. If we don’t fit these stereotypes, we risk being perceived negatively by the people who dole out raises and promotions.

The patriarchy that took hold in society after the Agricultural Revolution is still embedded in the way organisations are designed: the gender stereotypes created in the early 20th Century have a profound impact on both women and men. And women still struggle to get to the top due to workplace inequality.

Women and men experience work differently, King writes, and we have to start acknowledging this. We need to make the invisible barriers that women face visible, in order to overcome them. And we must acknowledge that men are forced to conform to a masculine stereotype that can also prevent them from reaching their professional goals.

We also wanted to prevent pay gaps from arising in our fast-scaling company. Pay gaps rise in organisations when there is no formal process or policy for compensation. Local managers with no compensation policy in place made localised differences in pay possible. But this could leave us with two employees, doing exactly the same work, for different salaries.

A more confident sort of person will push for more compensation. In tech, those people are often white men. Those from underrepresented groups— like women, for example, or people of colour— who may have had to fight really hard just to get the interview, may not push for more money. For instance, a report last year by the staffing firm Randstad US found that 60% of women surveyed had never negotiated their salaries.

Now, at the start of 2021, we have defined a preliminary career path in engineering with geographically based pay ranges. Realising this is only the start of our journey in fighting both the problems we face with equity for women and people of a minority background and giving us a fair chance in the battle for talent we will continue with our efforts.

We are continuing to work on understanding what a career path at Container Solutions will look like as our company grows.

Photo by Lili Popper on Unsplash