Microsoft’s initial version of Azure Container Service, its a Containers as a Service (CaaS), offered a choice of orchestration engines in the form of Mesosphere DC/OS, Docker Swarm, and Kubernetes. But none of them were truly managed, which meant that the customers had to maintain the environment including patching, upgrades, scaling, and managing the clusters. In many ways, Microsoft only automated the initial setup and configuration of container orchestration tools without really managing the post-deployment phase.

Since its introduction, running Kubernetes has been a do-it-yourself project unless you were running on Google’s GKE. There are tools to aid, and even automate, the orchestrator engine’s  initial setup and configuration -- but few of them were truly managed. Any enterprise adopting K8s has had to be prepared to patch, upgrade, and scale their own clusters. In short, up until now, the majority of companies running K8s in the cloud still had to self-manage Kubernetes in order to enjoy its benefits (faster deploy and rollback, resilience, scalability, and portability).

The major downside being, as powerful a tool as it may be, Kubernetes is still very very hard to operate. Operating K8s requires you to have a team of K8s ops specialists. But isn’t the trend in systems  to reduce the size of your ops team? Isn't that impossible to square?

This conundrum has been a speed bump for Kubernetes moving from early adopters, who are willing to roll up their sleeves, into the mainstream where folk expect a more turn-key solution.

As of yesterday, however, that speed bump may have been officially flattened. As of yesterday, with the general availability release of Azure’s AKS, all of the major cloud vendors now provide some version of “Kubernetes as a Service.” Amazon, Google and Microsoft now each officially offer managed Kubernetes services to help customers embrace K8s without the pain of actually operating it.

(EKS is not to be confused with Amazon’s original managed container services, ECS. Amazon built their own orchestration manager to take advantage of the very earliest orchestrators ever in production. Then the much more powerful K8s came along and they switched, hence EKS.  ECS was not bad, it was quite easy to use actually, and we still recommend it sometimes when a client wants a managed container platform).

You can now embrace Kubernetes without managing all the pain yourself. AKS going GA yesterday was the trigger: now, all three major cloud providers offer production-ready managed Kubernetes services. Businesses may now run Kubernetes on the cloud of their choice, without needing to install, operate, and maintain their own Kubernetes management infrastructure.

Now, don’t get too excited. This does not change the fact that, despite the surrounding hype, Kubernetes is not always the right thing to do in quite a lot of circumstances. And even with managed KaaS, organisations moving to the cloud still need to implement it at the right time -- as the very last step of six iterative steps to successful cloud migration.

The problem for Kubernetes all along was that it is a hard piece of kit requiring consistent maintenance and upgrades. In the end, the future of Kubernetes -- the right result for any enterprise adopting it -- was always, inevitably, and eventually to be not running it yourself, but as simply another component on a managed platform.

Has that future arrived? Very nearly. These newer systems, EKS and AKS in particular -- although claimed as GA, we will still see loads of issues and flakiness placing them into service. This is still very new tech, and people still need to move slowly and deliberately in adopting it.

But the future is, nonetheless, clear: This is where we're going. 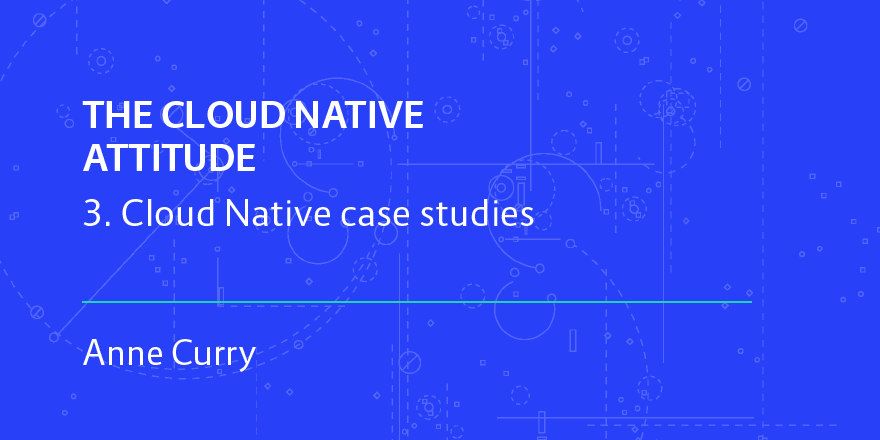