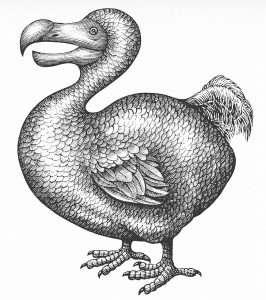 There are as many reasons for wanting to go Cloud Native as there are companies contemplating the move. Whatever the stated reasons, and whether or not they realize it, Existential Threat is the true driver -- the ultimate reason underlying every other reason -- for undertaking a CN transformation.

Traditionally, the safe bet has been to control technical risk by moving slowly. Spending careful time planning and testing before making infrastructure or systems decisions or purchases, delivering on cycle that iterates in months, or even years.

Don’t go the way of the dodo. We love Dodos, but they were not strategists. When the situation changed around them, they did not adapt. When new competitors arrived on the scene they relied on their existing USPs: cute, friendly and picturesque. Unfortunately, the market did not value those traits quite enough. The dinosaurs went the way of an overwhelming infrastructure outage with a rather large blast radius. We can't really blame them for that. The dodo, however, failed to react effectively to a much smaller-seeming environmental change. Nonetheless, that small change turned out to be no less existential a threat for them.

Change is inevitable. Failure is not. Recognize that the world is going to change around you, ready or not -- and that there are two ultimate choices. You can go Cloud Native and stay ahead of the curve...or stay right where you are, eventually falling behind and even fading away.

Across the entire enterprise, from boardroom to lunchroom and everywhere in between, executives, engineers and administrators -- even that weird guy in the mailroom! -- are committed to the transformation.

All of them! Start with Business Case and Executive Commitment, though.

Read more about cloud native strategy in our whitepaper below.

Why All This Talk About Continuous Strategic Formulation? Do...